Over multiple race seasons, Morehead Speed Works (MSW) has been lucky enough to test and evaluate nearly every available shifter for the E30/E36/E46/E9x platforms.  Not only through our own builds, but also via a variety of customer cars that have come through the shop.

Lately there has been an explosion of aftermarket shifter solutions for these cars.  Most options have migrated towards the chassis mounting solution over the older “short shifter” design which was a mild improvement (and sometimes downgrade) to the existing factory BMW design.

This mostly started with the introduction of the CAE shifter, which moved the pivot point of the shifter up above the transmission tunnel.  This allowed for shorter, more precise shifter movement, while also moving the shifter knob closer to the driver’s hand.  The benefits were immediately apparent and this design became extremely popular and often copied. 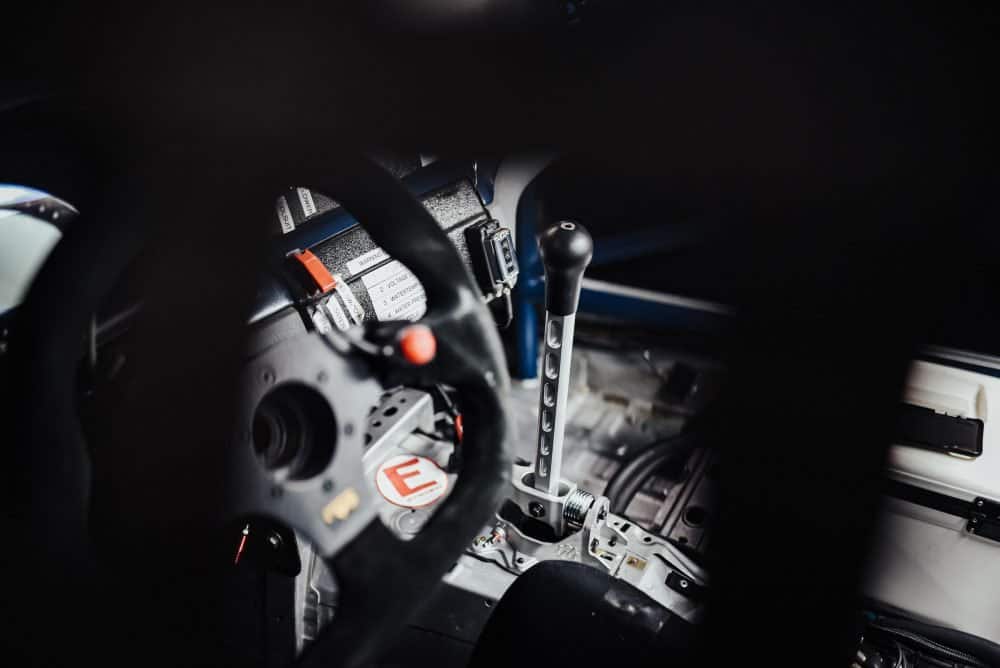 MSW was an early adopter of the CAE shifter, using one in our very first Spec E46 build back in 2014.  We enjoyed the quick, precise shifts, within easy reach of the steering wheel.  We ran CAEs on every car we built, dozens installed and many more sold.  While the CAEs popularity increased, so did a number of copy-cat designs that never fully matched up to the quality presented by the German-made shifter.  But the CAE wasn’t without it’s faults, and there is always room left for improvement of any design.

In early 2020 we became aware of a new design in development by a US-based company called Kinematic Speed.  A few of the design features really piqued our interest and we began to follow their development closely.  We soon found out that Kinematic Speed was located less than two hours from MSW, just up the road in Charlotte, NC.  We reached out to Kinematic Speed and quickly developed a relationship with their owner and product designer.  They were still refining the design of their shifter, and needed testing and feedback from a race shop with a variety of BMW’s at their disposal.  We were excited to give their shifter a test and in early Fall 2020 we began testing the early prototype shifters in a couple of our E46 race cars.

We immediately saw the potential of this shifter; it had the short precise throws we wanted, but with a smoother operation.  It was designed, machined, and assembled in America, which improved availability over most of the foreign made shifters.  It also had a unique cast aluminum base, which retained the mounting hardware while greatly simplifying installation and setup.

The feedback we gave in regards to the shifter was immediately implemented in design revisions, leading to an even better product.  Namely we helped achieve more of a driver oriented lean to the shifter, as well as two options for selector rod placement (one for 5 speed BMWs and one for 6 speed E46s.)  Our testing also led to a change in the shifter knob material to machined Delrin, for a more secure attachment to the shifter.  We also helped choose the final material finish for the bare aluminum parts. 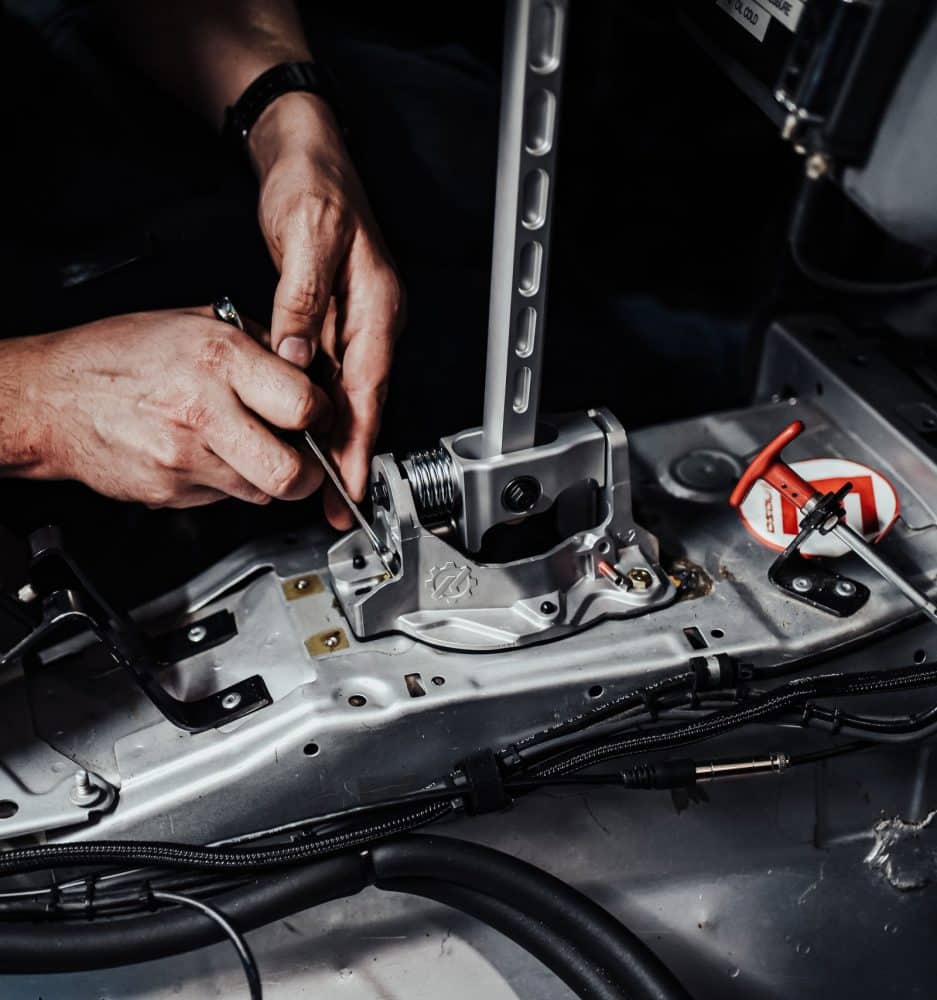 With the latest pre-production design in hand we wanted to thoroughly abuse the shifters and put them in the hands of as many drivers as possible.  We swapped out our CAEs on an endurance Spec E46, then put it through two 8 hour races back to back.  On another E46 (S54 power, aero, big brakes) we swapped the shifter between Friday practice and Saturday race, to get true back-to-back feedback from the drivers.  We also loaned another shifter to a client to test over a weekend at Watkins Glen.  All of the shifters we put through tough, actual race conditions, over several months at tracks including Circuit of the Americas, Road Atlanta, Watkins Glen, Daytona, Sebring, Carolina Motorsports Park, and Roebling Road.

The feedback was enormously positive.  With drivers ranging from rookie amateurs, to IMSA pro-drivers.  Every driver immediately took to the shifter without thinking about it, not having to adapt or change their shift style.  With the feedback provided, Kinematic Speed was ready to tool up for production, with the first batch arriving in early 2021.  Kinematic Speed even used our shop and several of our cars for a photo shoot, for both promotional media and for install instructions.  We swapped out our pre-productions samples for the production version, and got back to racing.  Our first order of Kinematic Speed Race Shifters sold out in only a few days.  Several were installed here in our shop to regional customers, with several others being shipped across the country.  Again the feedback was extremely positive.  We had four customers swap from CAE to Kinematic Speed, 3 from the AKG style shifter, and several others from stock style shifters, all with great success.

So what makes the Kinematic Speed Race shifter better?  There are number of design features that make it an improvement of the existing designs.

+USA Made – Better availability and support

Why no reverse lockout?   One of the more common questions we receive is why there isn’t a reverse lockout feature.  CAE introduced this feature on their shifter, and gained a lot of interest.  While it does have one benefit (keeping you from inadvertently selecting reverse) it also has some drawbacks.  It can be difficult for some to disengage the lock-out.  We have witnessed numerous drivers having to use two hands to select reverse.  It also adds complexity, weight, and cost to the shifter.  For the vast majority of racers, a reverse lock-out is simply not necessary.  On track you rarely go below 3rd gear, and certainly not to first.  The BMW transmissions all have a stronger detent spring on reverse, so there is noticeable tactile feel to going into the reverse gate.  So, it is really an unnecessary addition to any shifter on a transmission that already has a reverse detent.  We haven’t found ourselves wanting when it comes to a reverse lockout. 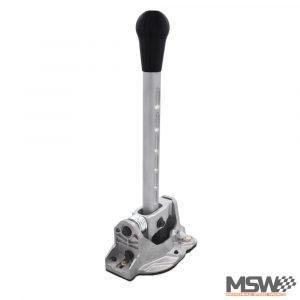 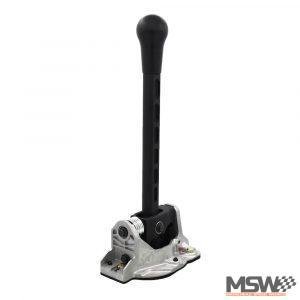 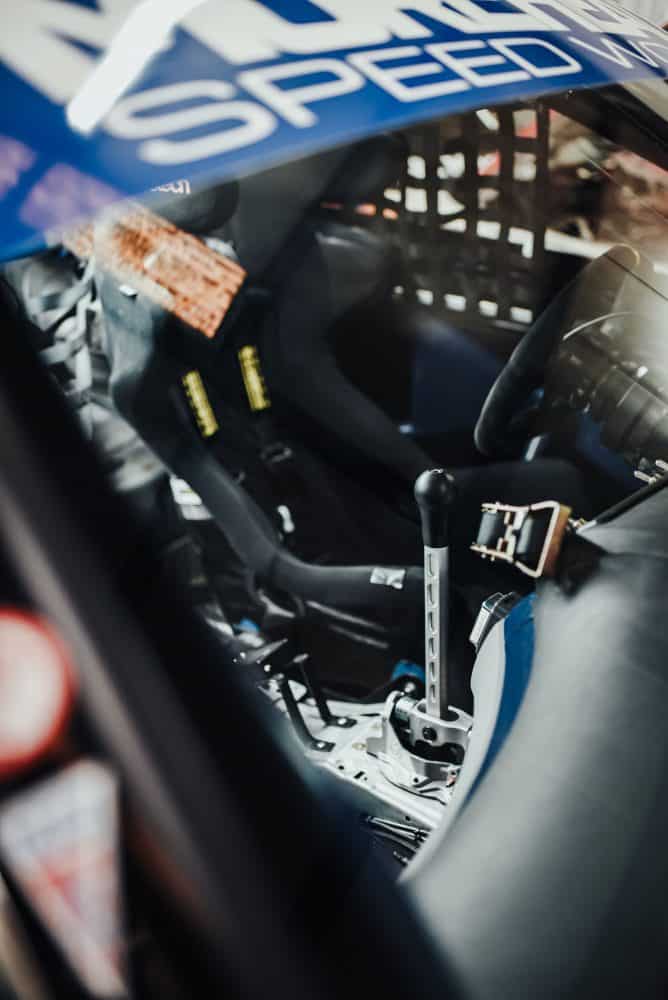 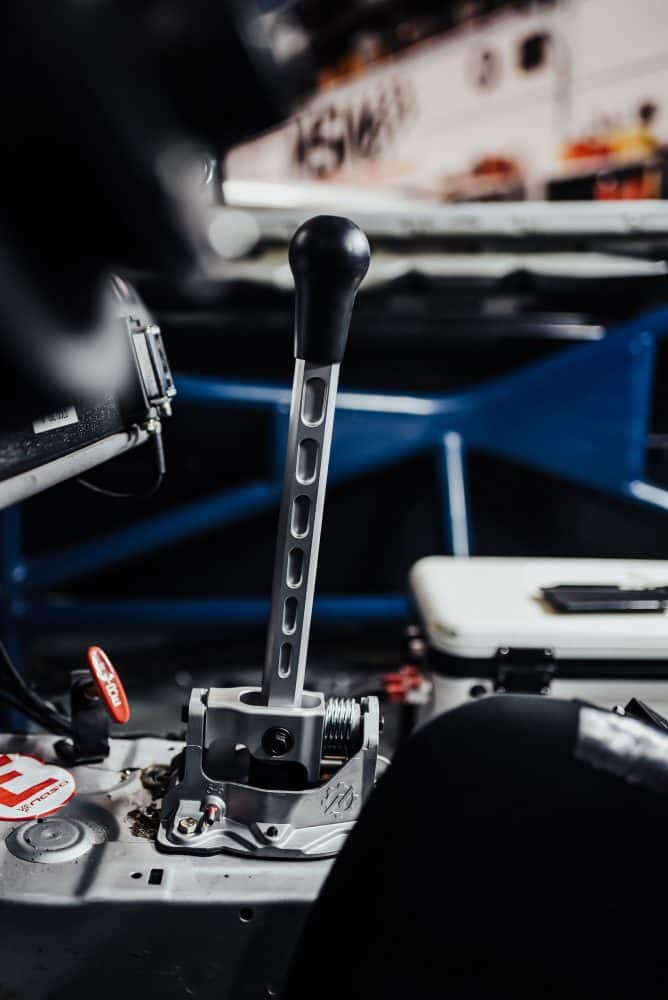