The new XR battery isolator (CK-BR-08-B) is 30% smaller size and 40% lighter weight than the previous ‘standard’ and GT isolators.  The XR version offers even more benefits and performance when compared with traditional mechanical master-switches and electro/mechanical safety cut-outs.

How Does It work?

The Solid State Isolator contains two isolation circuits. The first breaks the connection between the negative side of the vehicle’s battery from chassis/earth, thereby isolating the battery power from all electrical circuits, while the second cuts power to the engine electrics and thereby stops the engine from running.

Both systems isolate the battery from all electrical circuits, in accordance with FIA requirements, by disconnecting the negative terminal of the battery from chassis/earth. However, the main difference between these two units is the method used to stop the engine. The GT unit has a 30A switched power output which can be used as the main power feed for most ECUs and/or ignition systems while the XR unit outputs a low current, ‘Ignition Off’, signal which is compatible with most motorsport ECUs and PDMs. This latter method of engine kill means that the XR is smaller and lighter than the GT and incorporates a sealed, circular connector.

How Is It Operated?

The Isolator can be controlled by any number of switches although the usual configuration is one internal on-off switch and one external kill button. However, our system also allows multiple kill switches to be installed and the fitment of two external ‘kill’ buttons, one on each side of a race car, has become popular safety feature.

All switches/push-buttons are connected to the Isolator via light weight, low current wiring and configured such that the Battery Isolator will automatically turn off should any of the wire connections become broken in a catastrophic accident.

How much cranking current will it handle?

Both units are capable of handling 500-600 amps of cranking current depending on the duration.

We recommend and stock kits with blue kill buttons.  Typically the blue button is associated with electrical cutoff, whereas the red is associated with fire systems.  However you can order a red button kit, message us to request these. 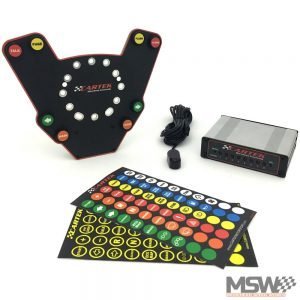 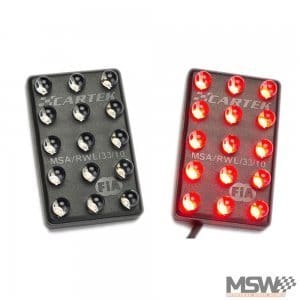 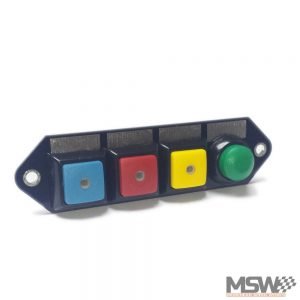 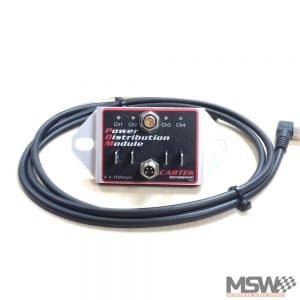 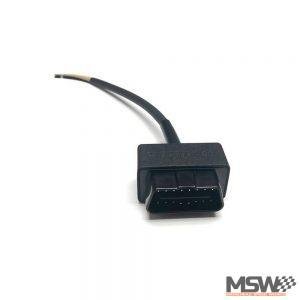